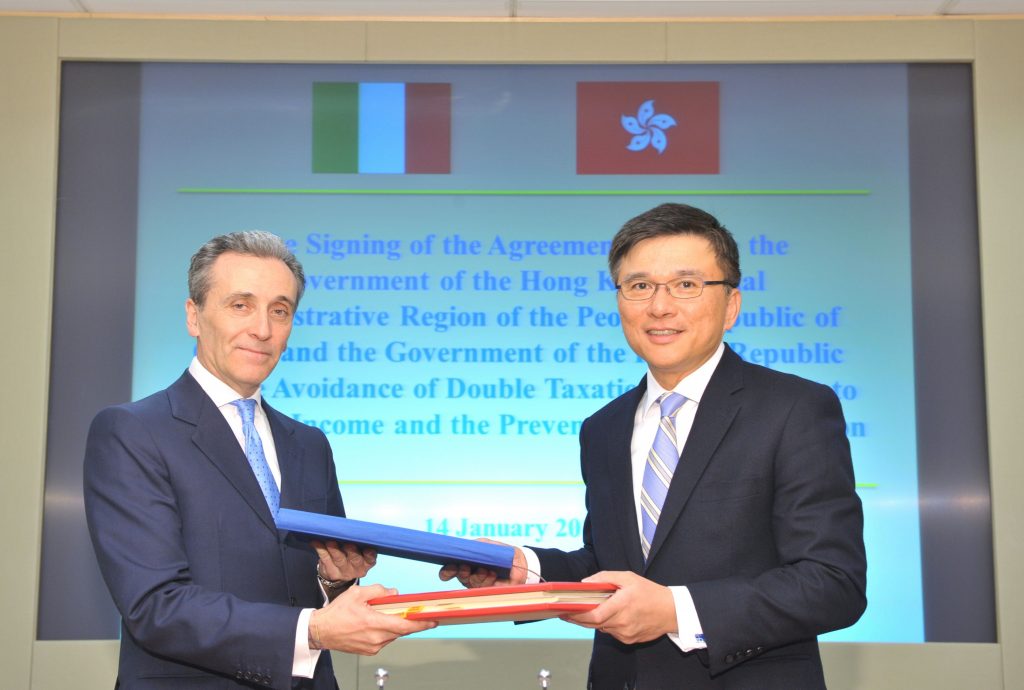 The Secretary for Financial Services and the Treasury, Professor K C Chan, today (January 14) signed in Hong Kong an agreement with Italyfor the avoidance of double taxation and the prevention of fiscal evasion with respect to taxes on income on behalf of the Hong Kong Special Administrative Region Government. The Italian Minister of Economy and Finance, Professor Vittorio Grilli, signed on behalf of his government.

Welcoming the agreement, Professor Chan said that as the CDTA sets out clearly the allocation of taxing rights between the two jurisdictions and the relief on tax rates on different types of passive income, it will help investors better assess their potential tax liabilities from cross-border economic activities.

The agreement will further strengthen the economic and trade ties between the two places, and provide added incentives for companies in Italy to do business or invest in Hong Kong, and vice versa, he added.

In the absence of a CDTA, income earned by Italian residents in Hong Kong is subject to both Hong Kong and Italian income tax. Under the agreement, tax paid in Hong Kong will be allowed as a credit against tax payable in Italy. Furthermore, in the absence of a CDTA, the profits of Hong Kong companies doing business through a permanent establishment in Italy may be taxed in both places if the income is Hong Kong sourced. Under the agreement, double taxation will be avoided in that any Italy tax paid by the companies will be allowed as a credit against the tax payable in Hong Kong in respect of the income, subject to the provisions of the tax laws of Hong Kong.

The Hong Kong/Italy CDTA has incorporated an article on exchange of information.

The CDTA will come into force after the completion of ratification procedures on both sides. In the case of Hong Kong, an order is required to be made by the Chief Executive in Council under the Inland Revenue Ordinance. The order is subject to negative vetting by the Legislative Council.

Hong Kong will continue its effort to expand its network of CDTAs with trading and investment partners.

The Hong Kong Economic and Trade Office in Brussels (HKETO) is the official representation of the Hong Kong Special Administrative Region Government to the European Union and 13 of its Member States. It is responsible for the bilateral relations withItaly. The HKETO has a department for Foreign Direct Investment (InvestHK) (based inMilan), supporting overseas businesses to set up and expand inHong Kong.

In 2011, Italywas Hong Kong’s fourth largest trading partner among the 27 EU Member States and 14th largest trading partner in the world. Reciprocally, Hong Kong ranked 18th amongItaly’s trading partners outside the EU in 2011. The average annual growth rate in bilateral merchandise trade from 2007 to 2011 was +3.7%. In 2011, 10.5% of the total trade betweenItaly and the Mainland of China (HK$44.8 billion or US$5.8 billion) was routed through HK. Figures for 2012 are not yet available. 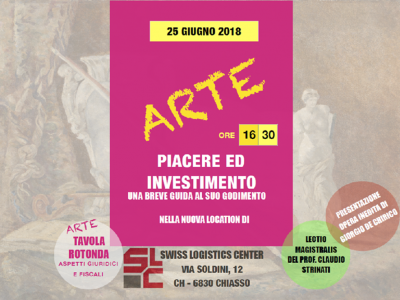 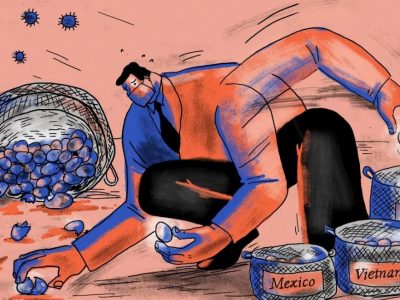